Thousands of military members were exposed to asbestos during their service, causing high rates of mesothelioma among veterans. Mesothelioma symptoms generally do not appear until 20-50 years after asbestos exposure, meaning veterans who served up until the 1980s may be at risk today. U.S. military veterans with mesothelioma may be eligible for various VA benefits, including VA health care and VA disability compensation.

VA Benefits for Veterans With Mesothelioma

Due to the military’s widespread use of asbestos between the 1930s and early 1980s, veterans today have higher rates of mesothelioma than the general population.

Once praised for its fireproofing and insulation capabilities, asbestos is now known to cause deadly diseases like mesothelioma. Manufacturers of asbestos-based products knew these dangers for decades but hid the truth from the military and the general public.

By the time the risks of asbestos were well-known, thousands of service members had already been exposed.

If you served in the military and suffer from an asbestos-related illness like mesothelioma, you may qualify for financial and medical benefits from the U.S. Department of Veterans Affairs (VA). 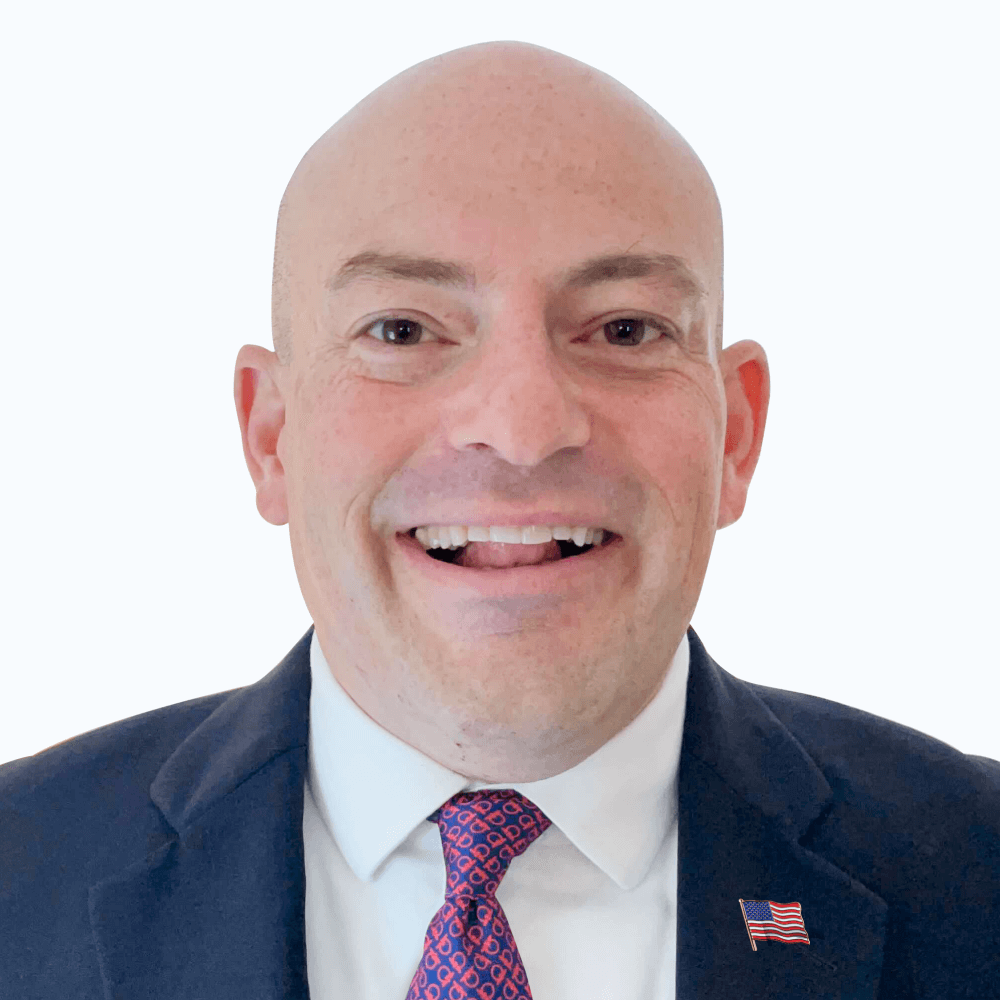 Fill out the form below

VA disability compensation typically pays out over $3,000 each month if you’re a veteran with mesothelioma. More money may be available if you are married and/or have dependent children.

In order to receive disability benefits, you must have proof of diagnosis (such as a note from a physician) and show that your cancer is service-related.

Our team of VA-accredited attorneys can help you gather the proof you’ll need to get this compensation.

You may be able to receive a VA Pension if you meet a certain income limit and other criteria.

Finally, you must meet at least 1 of the following VA pension requirements:

To see if you qualify, reach out to our patient advocates and mesothelioma lawyers.

Connect with a Veteran’s Mesothelioma Lawyer

How to File a VA Claim

Filing for VA benefits is a multi-step process. Thankfully, it’s relatively easy for veterans with mesothelioma to file a claim with help from our team. Find the steps to file a VA mesothelioma veterans claim below.

Asbestos Exposure in the Military Your risk of mesothelioma and other asbestos-related diseases depends on your military branch and the jobs you held while serving. Those who served in certain branches and roles were exposed to more asbestos than others. See how each branch used asbestos below.

The Navy used more asbestos-based products than any other branch of the Armed Forces. As a result, U.S. Navy veterans represent the largest group of service members diagnosed with mesothelioma.

Navy veterans were often exposed to asbestos if they served on ships or worked in shipyards.

Get your Free Navy Ships Guide to learn more about asbestos on military ships and your options if exposed.

Starting in the 1930s, the government mandated that the Navy build all Navy ships with asbestos as a fireproofing substance. Most ships had poor air circulation, so stray asbestos fibers could linger in the air for hours and be inhaled unknowingly by service members.

Veterans who worked in Navy shipyards also had a high risk of asbestos exposure. Navy vessels were built, repaired, and dismantled in shipyards. These activities sent asbestos fibers flying into the air, allowing service members to inhale the fibers.

Below, see the number of U.S. Navy shipyards per state.

The Air Force relied on asbestos-based products to prevent military aircraft from catching on fire. U.S. Air Force veterans who worked as pilots and mechanics were at risk of long-term asbestos exposure as a result.

Asbestos could be found aboard Air Force planes in:

Asbestos-containing products used by U.S. Army veterans include vehicle parts like brakes and the construction materials used to make bases (such as cement and paint).

Asbestos exposure is still a risk for some soldiers serving overseas today as well.

“Asbestos is a material that was once used in many buildings and products. If you served in Iraq or other countries in the Middle East and Southeast Asia, you may have had contact with asbestos when old buildings got damaged, releasing toxic chemicals into the air.”

Marines spent a lot of time in buildings constructed with asbestos. They also served on battlegrounds where buildings containing asbestos products were destroyed, which released asbestos fibers into the air.

Further, U.S. Marine Corps veterans who served aboard Navy ships or worked in shipyards may have been exposed to high levels of asbestos.

Did you or a loved one develop mesothelioma after serving in the U.S. Marine Corps? Call (877) 450-8973 to get help immediately.

Secondary Asbestos Exposure in the Military

You didn’t need to work directly with asbestos to be put in danger — families who lived on military bases may also have been at risk of secondary asbestos exposure.

Service members that worked around asbestos unknowingly brought home stray fibers on their hair, clothing, or equipment. The fibers could then be inhaled by family members and loved ones.

Certain jobs came with a higher risk of military asbestos exposure than others. In these roles, service members frequently used asbestos-based products and/or worked in places where stray fibers could easily be inhaled. Some jobs with the highest risk include:

That said, even service members who did not hold a high-risk job may have been exposed to asbestos through secondhand exposure or by inhaling fibers that had been lingering in the air after a day’s work.

See which jobs had the highest risk of asbestos exposure in our free veterans packet.

For many service members, the risk of asbestos exposure did not always stop after their military careers ended. Veterans often found jobs similar to the ones they held while in the service, adding to their exposure history.

Below, learn how one veteran was exposed to asbestos after his military service.

Asbestos Removal by the Military

Although the military no longer uses asbestos during the construction of new bases, vehicles, planes, or ships, many buildings and ships built before the 1980s still contain asbestos.

While the military went to great lengths to remove asbestos in the 1980s, some products were left behind due to costs and time constraints.

“During my twilight tour in the Navy as the Executive Officer at a shore duty installation, our building underwent a major overhaul. However, before work could begin, the contractor had to have much of the building tested for asbestos. I was floored when I received the report that showed that our building had asbestos in the floor tiles, drywall, joint compounds, heating system, and even in the window caulk. And this was as recent as 2008.”

Fortunately, the risk of asbestos exposure from older structures is low if the material is left undisturbed.

Outside of financial benefits, veterans may be able to access top mesothelioma treatments and work with specialists through the VA. Learn more about getting treatment after a mesothelioma diagnosis. Through the VA Health Care System, you can receive free or low-cost medical treatment from some of the world’s top doctors at VA mesothelioma cancer centers. You can access this care by applying for VA Health Care benefits.

As of 2021, you can work with mesothelioma doctors based out of Los Angeles or Boston if you have VA Health Care. The VA may also cover your travel expenses to see a mesothelioma specialist if you live far away from these locations.

If you are a U.S. veteran, we thank you for bravely serving our country and encourage you to pursue VA benefits for mesothelioma.

Whether you need aid and attendance from a caregiver, monthly disability compensation to make ends meet, or medical treatment for mesothelioma, VA benefits can be very helpful.

You can also explore legal options like mesothelioma lawsuits or asbestos trust fund claims to potentially get more money.

No legal action is taken against the government or any branches of the military. Further, you can file a VA claim, legal claims, and asbestos trust fund claims at the same time.

Let us help you file for VA mesothelioma benefits and other forms of compensation today. Our team — including fellow veterans, patient advocates, and law firms with a national reach — is standing by.

Find answers to common questions about mesothelioma and the military below.
Top Question

How many veterans have mesothelioma?

Who can file a mesothelioma VA claim?

Veterans with mesothelioma can file a VA claim and pursue benefits. In some cases, family members of the affected veteran may also be able to file a claim on their behalf.

Additionally, certain benefits like disability and identity compensation (DIC) can pass on to surviving spouses if a veteran with mesothelioma passes away.

What do I need in order to file for VA mesothelioma benefits?

While you may not have this information readily available, our team of Patient Advocates can help you gather all the necessary documents and forms and file your VA benefits claim.

Are there time limits to file a VA mesothelioma claim?

No. VA mesothelioma claims are considered “post-service claims” since this cancer develops decades after a veteran served — and these claims can be filed at any time.

Time is particularly of the essence if you have mesothelioma as this cancer can severely limit your lifespan. Don’t wait — see if you can file a claim today.

Are VA claims the same as mesothelioma legal claims?

Legal claims award much more compensation than VA benefit claims typically do, and no branch of the military is sued as part of this process.

Speak to a member of our team to see how filing VA claims and legal claims can benefit you.

Will having private insurance affect my ability to get VA benefits?

You can still access VA compensation and other benefits, even if you don’t use VA Health Care for mesothelioma treatment.